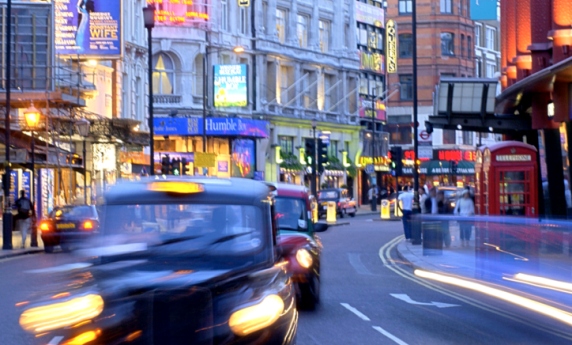 For all the talk about ESG, the U.S. is a real laggard.

With many U.S. money managers still struggling with the trade-off between generating returns and taking environmental, social and governance factors seriously, European firms have built a seemingly unassailable lead in the booming $40 trillion sustainable finance industry.

Europe dominates in the debt markets, where U.S. green bond sales fell 5% in a record year for global issuance, and in sustainable funds, where inflows to European offerings were about five times larger this year than investments in the U.S. Pricewaterhouse Coopers LLP estimates that Europe accounts for almostÂ 70%Â of global ESG mutual fund assets.

Washingtonâ€™s contentious politics are an impediment with global warming still a topic of heated debate. And regulation plays a role too: In Europe, green investment has been enthusiastically promoted, while President Donald Trumpâ€™s administration has discouraged it. The U.S. Department of Labor recently passed aÂ rule changeÂ thatâ€™s designed to make it more difficult for fiduciaries of retirement plans to direct money to ESG-focused funds.

â€œItâ€™s more polarized in the U.S.,â€ said Cathrine de Coninck-Lopez, the London-based global head of ESG at Invesco Ltd. â€œIâ€™ve been surprised about how emotional it can get.â€

While the U.S. lacks the ESG infrastructure that Europe is developing, executives andÂ analysts sayÂ itâ€™s just a matter of time before the movement gains momentum in the worldâ€™s biggest economy. Devastating wildfires in California, combined with social unrest and income inequality, have pushed climate change and diversity toward the investing mainstream. Joe Bidenâ€™s incoming administration also may give it a boost.

For now, the gap is most stark in green bonds. European issuers raised $160 billion this year as of Dec. 1, compared with $60.8 billion in the U.S., data compiled by Bloomberg show. In fact, U.S. issuance declined from $64 billion in 2019 because of a drop in sales of mortgage-related debt. Asia green bond issuance was $32.7 billion so far in 2020.

For all types of ESG bonds â€” which include green, social, sustainable and sustainablity-linked securities â€” Europeâ€™s lead has been growing. European issuers sold three times more of these bonds this year than their U.S. counterparts,Â Bloomberg dataÂ show.

All this matters because ESG isnâ€™t only a retooling of finance to be more compatible with a cleaner and fairer society, itâ€™s also an enormous business opportunity. PwC said in October that ESG investing isÂ the most significant development in money managementÂ since the creation of the exchange-traded fund two decades ago and it will reshape finance just as passive funds have.

Currently, Europe has many more funds that are considered sustainable and most of the regionâ€™s largest banks recommend the funds â€œto a greater extent than the more decentralized wealth management industry does in the U.S.,â€ said Jon Hale, director of ESG research for the Americas at Chicago-based Morningstar Inc.

Europe has $1 trillion of assets under management in sustainable funds, compared with $179.1 billion in the U.S. and $38.8 billion in Asia, according to data compiled by Morningstar Direct.

U.S. investment in sustainable funds is growing at a record pace, said Hale, who expects inflows to reach as much as $50 billion by the end of the year. By comparison, sustainable funds in Europe attracted $61.6 billion, just in the third quarter alone, and almost $151 billion in the first nine months of 2020, according to Morningstar Direct. U.S. funds attracted $30.7 billion in the first three quarters.

â€œThereâ€™s a long way to go for the U.S. to catch up with Europe,â€ said Ivan Frishberg, first vice president at Washington-based Amalgamated Bank, who has worked on sustainability and environmental issues for more than 25 years. â€œThat said, having a robust set of disclosures and requirements for the finance sector could put the U.S. in a position of leadership and partnership globally. Biden is building a team that is talking about climate change seriously, and that could more than close the gap between the U.S. and Europe.â€

Analysts at JPMorgan Chase & Co.Â expect 2021 to be the first year that more green, social, and sustainability debt is sold in U.S. dollars than euros. A Biden-led administration means the focus on sustainable investing is only going to increase, they said.

U.S. managers â€œarenâ€™t sure how much theyâ€™ll have to sacrifice if they take ESG into account,â€ he said. â€œIn most cases, Europeans have gone beyond that.â€